The special reserve "Uvac" is a protected natural asset of exceptional importance. The central morphological unit of the reserve is the canyon valley of the river Uvac with the valley of its tributaries. The unique embrace of nature, the permeation of water and the land that surrounds them, is a short description of three beautiful lakes: Uvački, Zlatarki and Radoinjski. They were created by partially submerging the valley of the mighty mountain river Uvac and building three dams.

The special nature reserve "Uvac" is rich in karstic areas in which there are numerous karst forms: karst areas, bays, sinkholes, ditches, overgrowths, caves and pits. A special value of the canyon parts of the valley are the meanders whose capes have a relative height of up to 100 m. The beauty of words is inexpressible, only an invitation and advice - stop, then watch! The caves are numerous and vary in size from subcapins to the largest known cave system in Serbia, the Ušačka cave system (6,185 m).

Part of the gorge of the river Uvac in a place called Pavlovića Brod was first protected in 1971 as a Special Nature Reserve with an area of ​​267 hectares. In 1995, the protection was extended to an area of ​​2,717 hectares, and with the changes from 2006, the reserve was expanded to the current 7,543 hectares.

The care for the Special Nature Reserve "Uvac" is entrusted to the Fund for the Protection of Birds of Prey "Griffon Vulture" with its headquarters in Nova Varoš, the guardian of the previous or previous reserve "Klisura reke Uvac". The Decree on Amendments to the Decree on the Protection of the Special Nature Reserve "Uvac" defines the protection zone of the SRP "Uvac", which in terms of management and care together with the reserve constitutes a unique protected natural asset.

In addition to its size, this system, in terms of other characteristics, is one of the most interesting speleological objects in Serbia and represents one of the fundamental values ​​of the reserve. The system consists of two caves and one pit whose channels are interconnected and have a total length of 6185 m. The largest part of the system is the Ušačka cave. It has two entrances, the first in the village of Gornje Lopiže and the second in the Uvac riverbed. The Ice Cave is a shade shorter. The main channel of the Ice Cave extends practically parallel to the main channel of the Ušačka Cave, at a distance of about one hundred meters. The smallest, but also the most interesting part of the Ušački cave system is the pit of Bezdan. The entrance to the pit is located at the end of the blind valley Miletin Do. 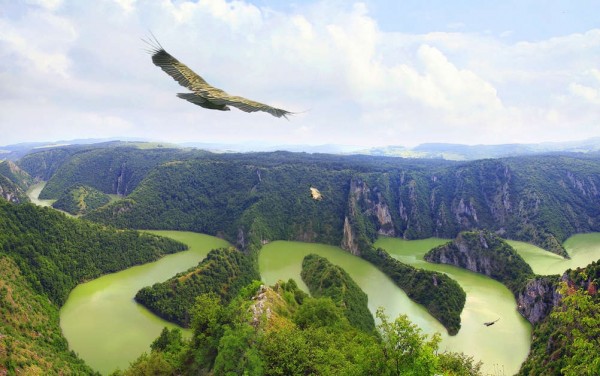 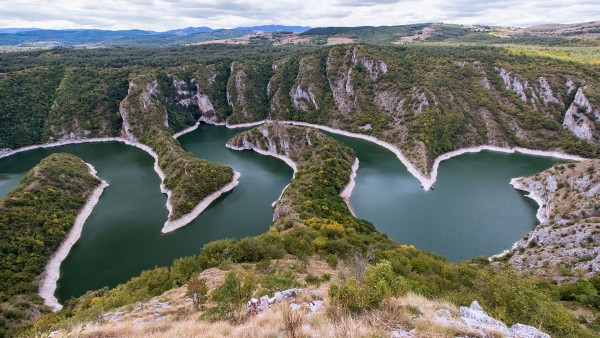